Today’s reflection from the architect’s drawing board answers the important question of “Is this wall important?” Many renovations start with the removal of a wall, putting a big opening in a wall, or breaking a wall into a pile of plaster and wood. But all walls are not made equal. Walls fit into three categories: bearing walls, shear walls, and non-bearing walls. Let’s look at each type individually and a few important tips.

Drawing on Experience: Is This Wall Important?

Walls are the thing that keep your home protected and fortified. Before doing anything, make sure you read the tips below.

A bearing wall is holding the weight of a floor or roof above. It is carrying the vertical loads imposed by gravity. Removing this wall requires replacing it with structural changes such as a system of posts and beam. The best place to start determining if a wall is bearing is in your basement.

When you are in your basement, look up at the ceiling and the wood framing. If you have a finished ceiling, perhaps there is an area in a storage room that is exposed. Or, you may need to cut a hole or two as a last resort. If the wood framing is exposed, you should see parallel wood boards spaced every 16 or 24 inches. These are called joists and are usually about two inches wide and six to 10 inches deep. They are holding up your floor above. 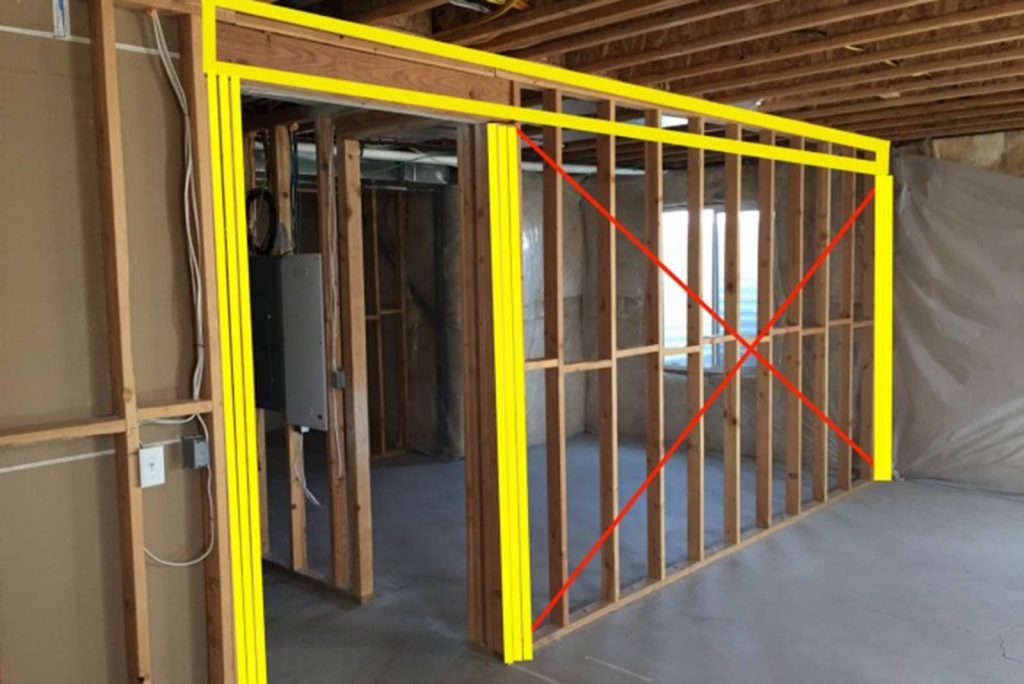 The joists probably have one end resting on the concrete basement wall. The other end is likely supported in the center of your basement on a row of posts and beams. Many old houses have 6”X6” posts (vertical columns) with big wood beams (horizontal) spanning from post to post located at the center of the basement. Often this row of posts and beams is covered with a wall that was installed in years past.

Now that you have assessed the joist direction, and located the center supports, you can start determining your basement bearing walls. All of your exterior concrete basement walls are holding back soil, but the concrete basement walls perpendicular to your ceiling joists are carrying the weight of the floor above, too. If you have a wall perpendicular to your ceiling joists, rather than a central row of posts and beams, this wall is also a bearing wall.

The next step in your investigation is in your attic. Standing in your attic, you should see that the attic floor is comprised of parallel wood boards that look similar to the basement ceiling joists. They are likely smaller and maybe only four inches to six inches deep and spaced every 16 or 24 inches. 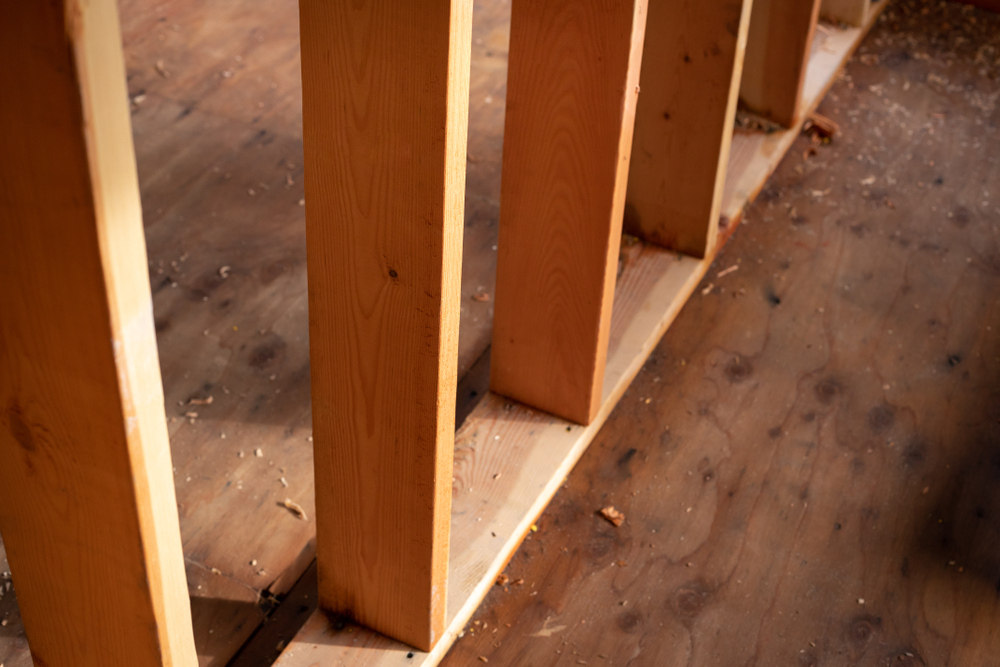 The roof probably has similar wood members (rafters) spaced every 24 inches and running in the same direction as the attic floor. The sloped rafters may be supported in the middle by a short wall that runs perpendicular to the rafters and rests on the attic floor joists. This is called a knee wall, and it is a bearing wall. Why a knee wall? I suppose ankle wall made even less sense.

It gets a little tricky to determine bearing walls on the floors between our attic and basement. In most homes, the attic floor framing, second-floor framing, and basement ceiling (first floor) framing span in the same direction. Many homes have a wall that is running directly above and in the same direction as the basement row of posts and beams. This is very likely a bearing wall.

It can be structurally modified to create openings with engineering assistance. Other walls, in addition to the center wall, may be bearing due to unique configurations of stairs, dormers, and other elements. The walls on either side of a stair are usually bearing walls.

A shear wall is a technical term given to a wall that keeps a house from blowing away in a heavy storm or falling in an earthquake. It resists the horizontal forces applied to a home by wind and seismic events. A shear wall should remain in place, but if it stands in the way of progress, it can be modified. With the help of an engineer, an existing wall can usually be retrofitted to replace the shear wall impacted by the renovation project.

To understand a shear wall, pick up a sheet of letter-size paper and try to stand it on end. It doesn’t work. Fold the paper at two opposite ends, so it forms a “C” shape. Now you can stand the paper on its edge because the two sides keep it from falling over. If you were to tape the bent sides to the table and blow on the paper, it would stay in place. The folded sides taped to the table are shear walls. They resist the horizontal wind force.

In your house, all of the exterior walls act as shear walls since the wind can come from any direction. They are most effective at each solid corner of your house. Windows do not work as shear walls; only solid exterior walls from floor to roof can be shear. If you are expanding your home or creating a lot of new exterior window or door openings, you may need to have an engineer perform an analysis to determine if existing walls need to be strengthened over and above their original construction. 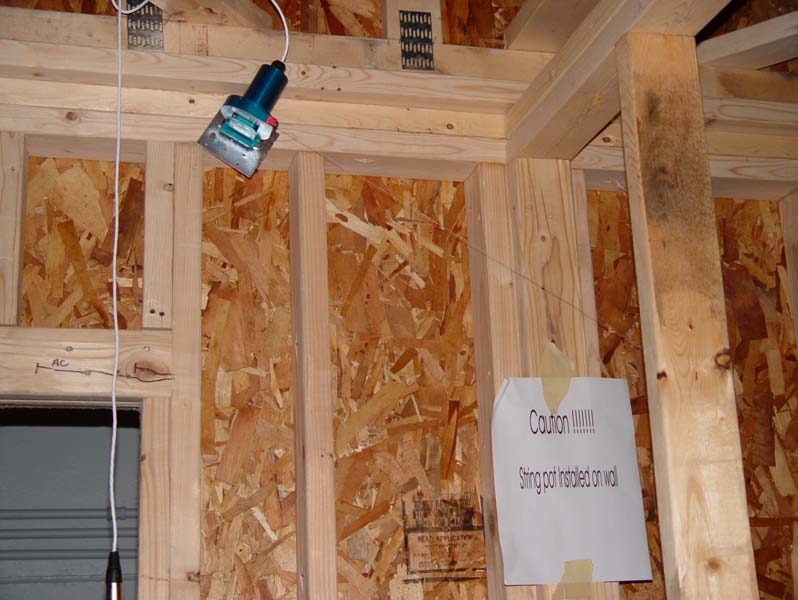 Non-bearing means the wall is not supporting anything but itself and can be removed with little concern. Now that you have determined which walls are bearing or shear walls, the remaining walls are non-bearing by default.

Any wall parallel (running in the same direction) to the ceiling/floor joists is very likely to be non-bearing. If a wall has been formed around the central basement row of posts and beams, this wall is non-bearing as long as the posts and beams have been kept intact.

The purpose of this column was to acquaint you with the general idea of bearing, shear, and non-bearing walls so you can gauge if your dream project can become a reality as you think about the possibilities. As your dream gets closer to becoming an actual project, please contact an architect, engineer, or competent builder to validate your investigations as to which walls are essential and which can be rendered to dust. You should retain an engineer either directly or through your architect to design the structural modifications, especially when it comes to shear wall modifications.

Renovating your home is not as easy as it may seem, and you need to know what you are doing. It is always the best idea to get the advice of a professional contractor before you make changes. But if you are set on doing it yourself, do a lot of research and rely on professional advice.